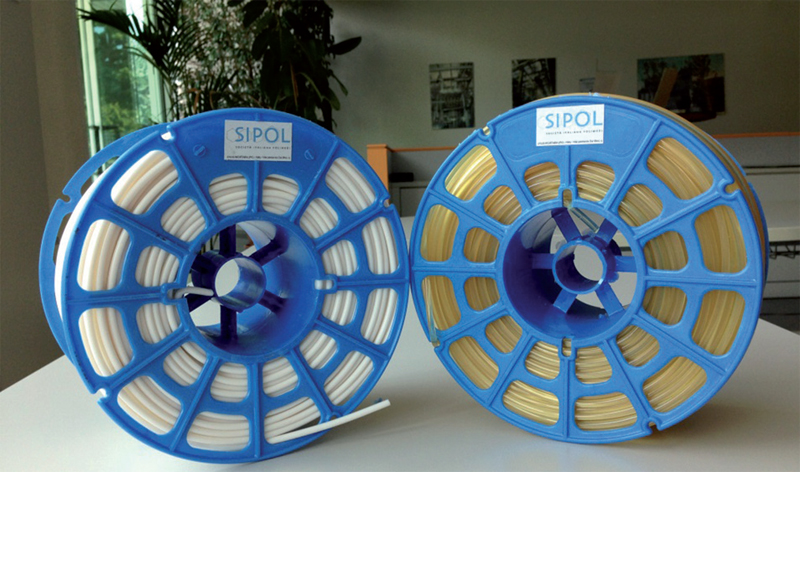 SIPOL® SPA (SOCIETÀ ITALIANA POLIMERI), CHEMICAL COMPANY SPECIALISED IN HIGH PERFORMANCE POLYMER SYNTHESIS FOR THE ADHESIVE AND TECHNOPOLYMER INDUSTRY, WAS FOUNDED ON LATE 90’S IN MORTARA BY A POOL OF INVESTORS FROM VIGEVANO, WITH HISTORICAL TIES TO THE FOOTWEAR WORLD

Footwear is even safer

Over the years, the company has significantly grown on the market, both in size and reputation, and today, as Massimo Cattaneo, CEO of SIPOL® pointed out, “the company operates with a turnover of more than EUR 20 million, exporting more than 60% of its own production worldwide”.

The substantial and stable growth has been achieved also thanks to the company ability to operate in much differentiated and often acyclic market segments. Hot-melt adhesives designed and manufactured by SIPOL® are used in the footwear industry both in form of hot-melt rods and granules, in the sector of fabric coupling, and in the production of automotive industry filters. Beyond to the adhesive sector, representing the core-business and the original segment, the company proved successful operating in the high-end technopolymer market, with products intended for workpiece injection moulding for the automotive industry, the packaging industry, and several niche applications, ranging from electronics to cosmetics, and aerospatial industries.

For SIPOL®, the footwear industry is the most important market segment in terms of produced volumes, and the sector in which the company holds major ties with its own history and territory. Among the strengths of the company – specialised in hot-melt adhesives for folding, shoe hot forming and lasting – is the connection with TECNOGI S.p.A. – one of the main SIPOL®’s shareholders operating in the footwear sector worldwide, with a comprehensive range of technologically ever-evolving puffs and counters.

SIPOL®’s R&D activities are constantly directed towards the development of materials with low toxicity to the consumer and the environment. The most recent efforts in this direction have been in the footwear industry, where some of the players more concerned about the consumers’ safety, have required SIPOL® to develop a co-polyester range, for which a total absence of organotin compounds was certifiable.

The existing footwear sector regulation provides for that the maximum organotin compounds within the materials used in production does not exceed 0.1% by weight (L 86/10 published in the Official Journal of the European Union, and ISO/TS 16179 Footwear).

The reason for this requirement comes from studies on mammals, which determined the toxicity of tin organic derivatives on the immune system and the development mechanisms.

All the  TECHNIPOL® copolyesters sold by SIPOL® in the footwear industry were already within the regulation limits; therefore, the request was to be construed as a further effort in order to overcome the existing regulation, towards an even greater consumer protection.

Upon a similar case of “demand to exceed the regulation” by some car manufacturers, SIPOL® had already studied a few “tinfree” catalysis systems for co-polyesters intended for fabric coupling. As per the above specific request, then, the expertise technological transfer has allowed to achieve the goals in a very short time. Therefore, SIPOL® has developed and realized “tin-free” catalytic systems for the polymerization of TECHNIPOL® 170 G (base polymer used in the production of the pulling over and lasting white thread) and Technipol® 70 (low-melting co-polyester granules to bond toe puffs and counters).

From the 1st of July 2014, a declaration of complete tin absence in SIPOL®’s processes for all footwear industry’s Technipol® adhesives is available upon request.